Review: The Alchemy of Tarot: Practical Enlightenment thru Astrology, Qabalah, and Archetypes of Tarot (2011) by Juno Lucina with illustrations by Shannon ThornFeather 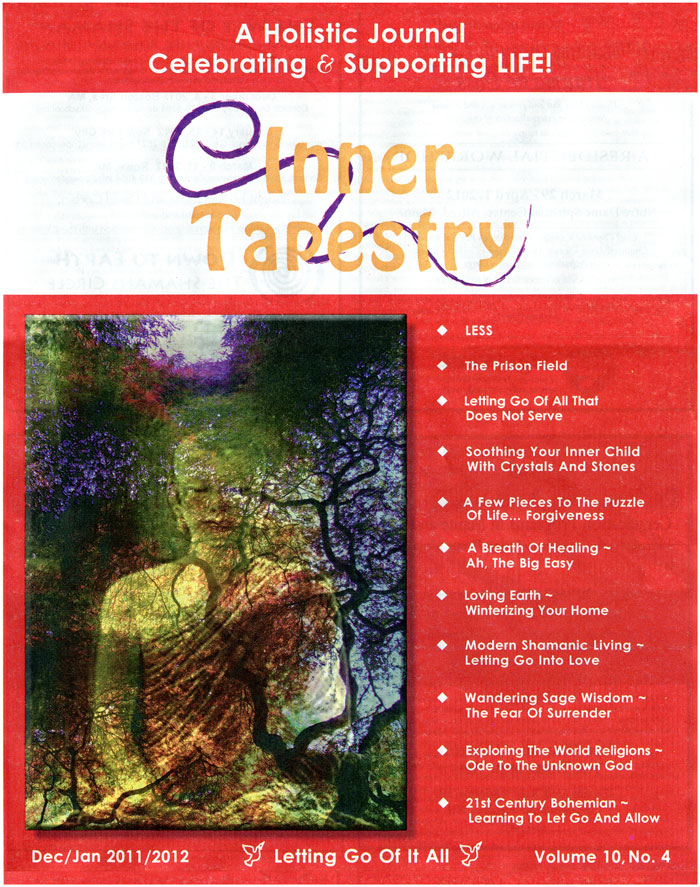 The Alchemy of Tarot, by Juno Lucina, is the companion book to The Kingdom Within Tarot deck. In the Introduction, Lucina addresses what she believes to be the "real questions" seekers want to answer when they consult divination tools or explore spiritual paths: "Why don't I see the truth?" or "Why did I make the decision to stop seeing?" The purpose of her book is to empower readers to divine their own answers to these questions.

Her premise is there is a "kingdom within" the Tarot itself and, if we challenge ourselves with the Tarot, a "kingdom within ourselves" to be discovered and engaged to its full potential. Alchemy goes much deeper than the companion booklet to the Kingdom deck; it is recommended for the serious student who wants to delve into an eclectic approach to divination using the tarot. To achieve this approach, in Alchemy, Lucina draws deep correlations between the ancient systems of Astrology and Qabalah, the four elements and the myths of the "sacrificial savior." 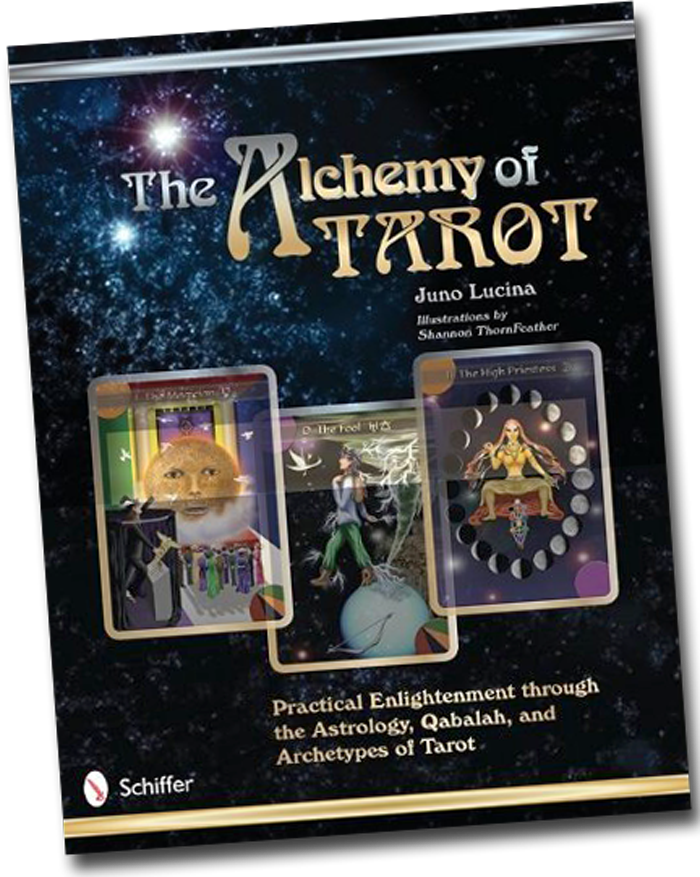 In the Foreword, Lon Milo DuQuette explains that The Kingdom Within Tarot offers a new "operating system" for applying Tarot symbolism. DuQuette lays the foundation for Lucina's approach in the mystery schools of the early 19th century, including the writings of Eliphas Levi and the adepts of the Hermetic Order of the Golden Dawn. Accordingly, Tarot was "revealed to be the unambiguous expression of classic principles of the Holy Qabalah:" the 22 trumps assigned to Hebrew letters and the elemental, astrological and magical associations for each. "The four suits, four court cards assigned to the four letters of the great Name of God (h w h y) and four sets of ten assigned to the four Qabalistic worlds and the ten Sephiroth… of the Tree of Life."

Lucina's methods run strongly on the Hermetic Qabalah and strongly reflect the work done in the late 1930's and 40's by Aleister Crowley. His Thoth Tarot is recognized as "a synthesis of occult knowledge and illumination" that reflects the evolving magical and spiritual realities of the age. DuQuette indicates that making one's own Tarot, as was required of the adepts of the Golden Dawn, is the true path to illumination—a means of embodying your own personal Qabalah. Short of doing this, a student is merely installing a generic Tarot system within him or herself. And, if one is to choose a system that reflects the evolution of the ages, then Lucina's is the one to choose. Having studied Crowley and used his Thoth deck for many years, I found Lucina's new approach intellectually stimulating. However, there is an overwhelming amount of esoteric and spiritual knowledge incorporated into Lucina's Alechmy. With only a few weeks of study time, the breadth and depth of her system makes it difficult to learn and apply with the Kingdom deck. Let's examine these strengths and weaknesses more closely: 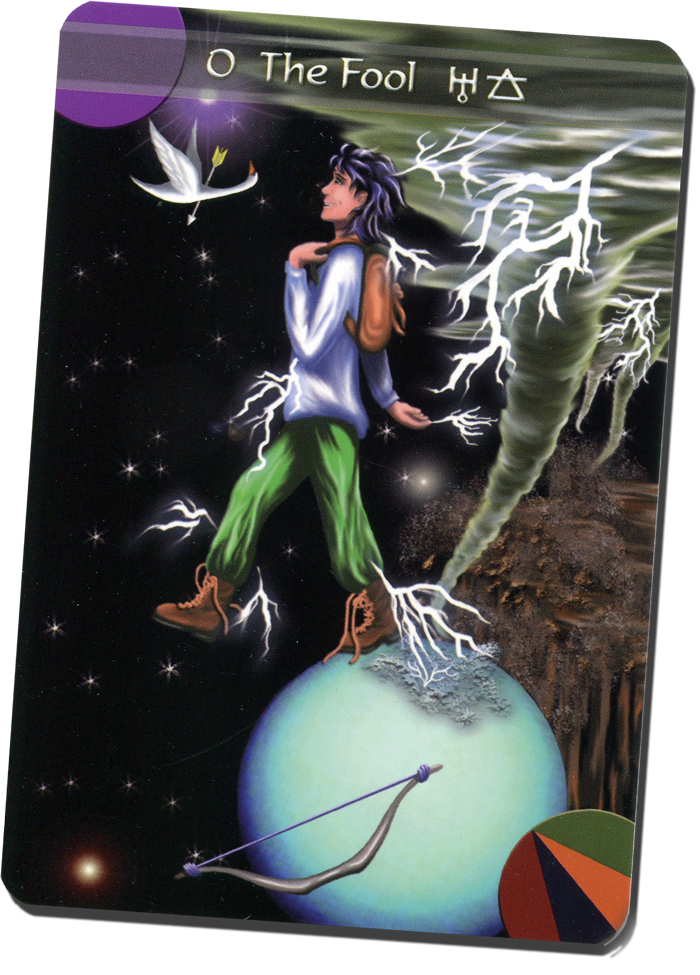 In the Introduction, The Fool's "Pursuit" of Truth, Lucina discusses the concepts of Avidya and Vidya from the ancient Eastern practice of Yoga. These are deep concepts for those who are not familiar with Yoga, and an entire book could be written with regard to this concept alone. The book is packed with stimulating concepts such as these, which readers, myself included, may find to be a bit heavy. I am not known to be shallow in my thoughts or in my studies of the Tarot, so I pondered what the book would mean to new students unfamiliar with the traditional Tarot, the Golden Dawn, Astrology, Numerology, Myers-Briggs, the Pagan Path, the Qabalah, Egyptian Mythology and the weaving of ancient traditions. 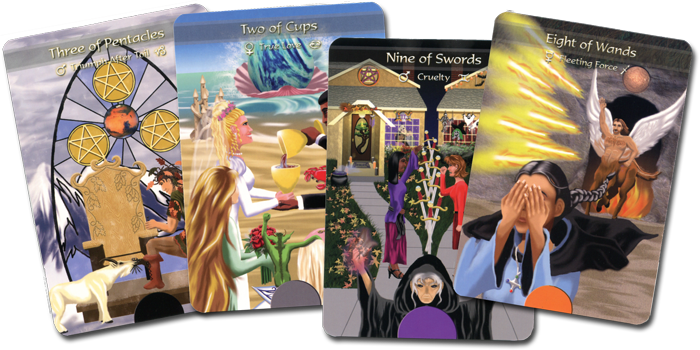 The first four chapters take the reader through the Kingdom cards and the alchemical mix of traditions, symbols and theories incorporated into each (mentioned in the preceding paragraph). On each card, at the bottom, spheres indicate each card's correlation to a Path on the Qabalistic Tree of Life. The colored spheres stand for two of the ten Sephiroth joined by a particular trump. In laymen's terms, this is where a person is on his spiritual path to enlightenment. I found the spheres to be less than helpful, as I got lost in the symbolism of the many "paths" illustrated on the card. When I went to the Alchemy book to illuminate the meaning of the card, I became more confused. I felt like a patron at an "all you can eat buffet" with amnesia about what I liked to eat! The author does remind the reader that it will take practice and skill to be able to interpret the cards, and based on the system being explained she made me a believer of those words. This is particularly true of the chapters, Remembering the Art of Interpretation and Metaphysics and Physics of Astrology.

Further examination of how Lucina deciphers each tarot card in Alchemy, made me feel simultaneously enlightened and overwhelmed, depending upon my prior knowledge of each system being discussed. (And, perhaps, overwhelmed is a natural effect of enlightenment and/or esoteric knowledge!) The author gives you the Key Phrases, which are meant to help you interpret the card and the astrological meaning. She provides indicators for where the card sits according to the Hermetic Qabalah "Tree of Life." 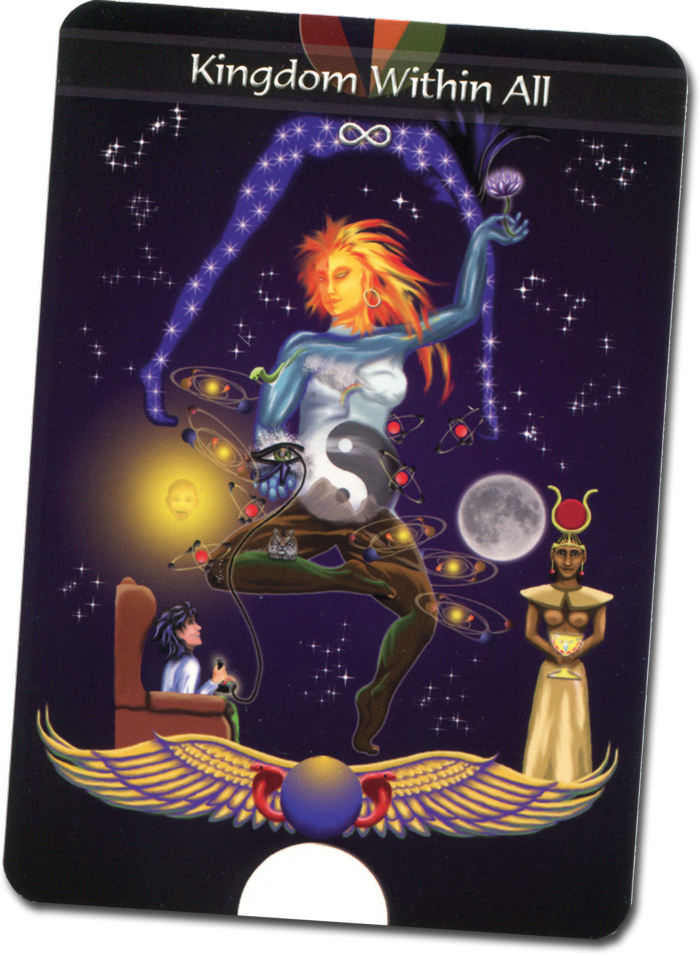 Next, she identifies the element the card represents as well as the "rules" and Minor Arcana associations. Again, Lucina achieves a formidable task in her presentation of these various areas of knowledge. However, weaving all this knowledge into a single deck and a single book did not tap my "kingdom within" as it probably should have done. I kept feeling that I was somehow inadequately prepared to be able to make the divinatory associations without being an expert in each of the areas that the author incorporates into the cards and the Alchemy book.

Chapter Five, Tarot Spreads for Divination is a helpful resource for even the most seasoned students and teachers of Tarot. The Key and The Triangle spreads offer new ways to get a "quick" indication of what is happening in a given situation. For those who are well versed in astrology, The Kingdom Within Spread offers a comprehensive look at and further clarification of a situation that has been queried with one of the other spreads. Additional spreads for "spiritual progression" are given in Chapter Six. The focus is on Pathworking, a process of working with the 32 Paths of the Qabalistic Tree of Life and Tarot. The paths go through the Minor Arcana, the Court Cards and the Major Arcana to provide "insight and break down of the barriers that prevent the individual from spiritual progression." (p. 161). Mythology, religion and Western and Eastern worldviews of the soul's journey come together in this chapter. Both Chapter 5 and 6 are well organized, making them the easiest chapters in the book to adopt into practice. A fine way to conclude a book that is meant to be studied in small doses, allowing the alchemy of what it contains to be integrated into the seeker's (i.e., reader's) knowledge, intuition and pathmaking toward their own inner kingdom.

Karen Hollis is a clairaudient medium and professional intuitive with 25 years experience. She is a sought-after Master Tarot Reader whose clientele seek her out to read for them from around the world. Karen is also Lead Psychic/Medium Investigator with Ghosts of New England Research Society. Appointments with Karen are available by appointment at her office in Rocky Hill, Connecticut or by telephone. Call 860-665-8024 between 9:00 AM and 7:00 PM Eastern Time to make an appointment.