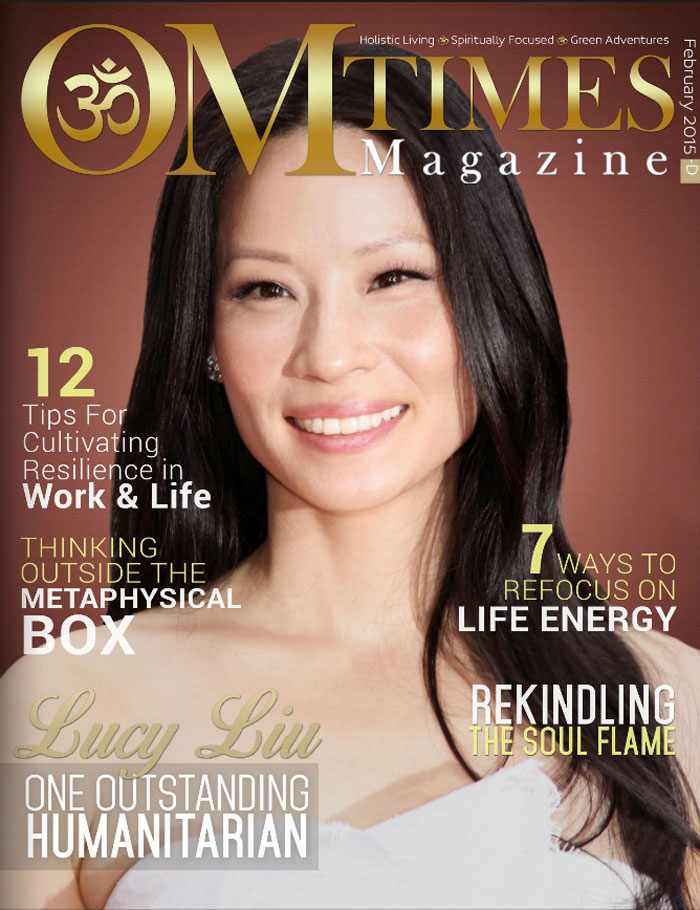 Frustrated parents are asking questions about their adult children who refuse to "leave the nest." They want to know when their child will get on with the business of growing up and accept increasing amounts of responsibility for their own life. Psychologists and those in the therapy industry have coined the phrase "emerging adulthood" to describe a young adult's psychological need to remain attached financially and emotionally to her or his parents. Emerging adulthood includes the years between the late teens and thirty years of age. It seems, while most young people move through this period of maturation successfully, there are increasing numbers of other emerging adults who struggle and often require some type of psychological or educational counseling or assistance to get their act together to the satisfaction of parents. Consequently, many parents have come into my office dismayed that their adult children are not moving out and moving on with their own lives. They ask if there is an "energetic reason" for why their children remain at home and they want to know how to help their adult child take on increasing levels of responsibility. 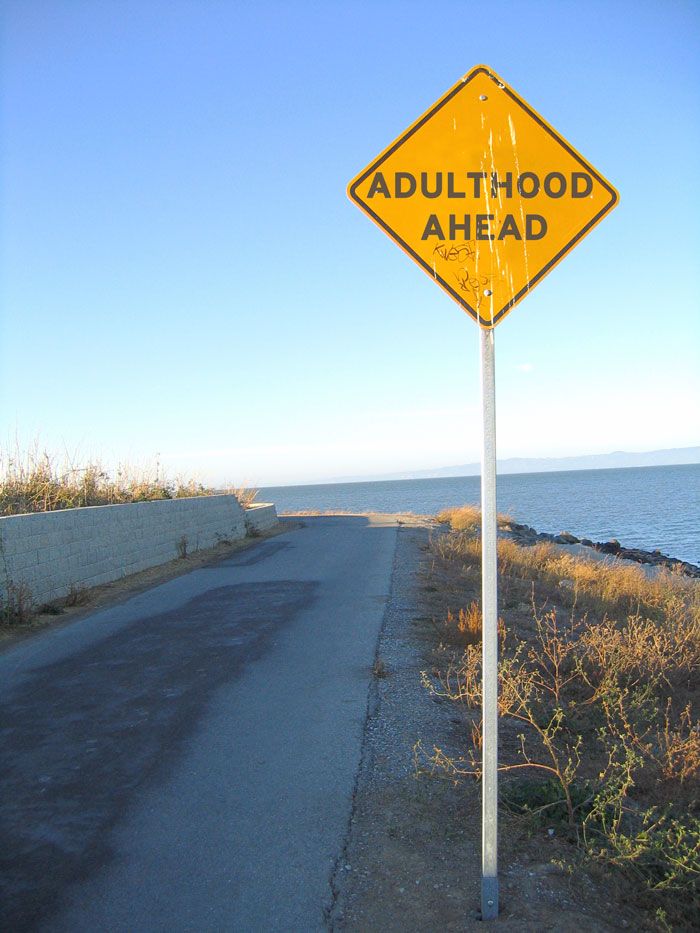 This is not a new phenomenon. The term self-actualize was first used in the 1930's to define "realization of one's potential" through the process of maturation and "growing up." Every generation has had a segment of children struggle with maturation. Today, it seems a more common experience likely due to great number of children born of the baby boom generation (1946 – 1964) coming of age. The sense of confusion over why offspring cannot get it together is palpable, as the "boom generation" wanted nothing more than to escape the societal and lifestyle conventions of their own parent's generation. These boom generation parents can't fathom why their adult child would want to live in their childhood bedroom or a makeshift basement apartment along side their parents.

It's not uncommon for me to hear these parents blame themselves for spoiling their children. Some wonder if a divorce arrested their child's development, preventing their children from becoming responsible adults. The answers as to why some people remain stuck and unable to move out are varied and unique to each family's dynamic. And, for the most part are issues separate from the obvious economic challenges young adults are up against in today's job market.

There are three energetic patterns related to a child's failure to launch. The patterns are entitlement, fear of failure, and unhealthy emotional boundaries within the family. Once the pattern is identified there is, fortunately, help for those young people who choose to separate from parental figures and develop their potential.

How to help an adult child break the pattern of entitlement

Entitlement is "the belief that one is inherently deserving of privileges or special treatment." Many adult children who are living in a parent's home feel it is their right to do so. They are in a state of perpetual dependency because they never learned that, at some point it would be required of them to move out and be responsible for own adult life and livelihood. It may sound simplistic, but it is true. Some children do not know what constitutes a healthy parent-child relationship in which increasing amounts of self-responsibility are expected as the child ages. In this process, the parents instill confidence through allowing the child to do for themselves and to, success or failure not withstanding, to set goals for themselves rather than having others do or give to them.

Complicating the issue, in areas of the United States where there is heavy ethnicity multiple generations are expected to live together in the same home. Many of these families came to the United States for financial opportunity, but expected their children to adhere to societal norms of their homeland. Assuming that cultural considerations have been taken out of the equation as to why a young person remains at home, what I have observed is there is always one parent feeling angst about the adult child's living situation but not taking any appreciable action to empower their child to feel confident about moving from the familial home.

I have listened to parents explain why their adult children "need them" in order to convince themselves that what they are doing is typical of a what it means to be a loving parent. Examples of this type of behavior include: Keeping the car registration and insurance legally in the parent's name, while the vehicle is primarily used by the adult child. Cell phones on a "family plan" that is paid for by mom and dad. Bundling of the Internet, television service and phone privileges make it too easy and comfortable for an adult child to have it all while paying for nothing with their own time, effort or money. From this vantage, it's easy to see why an adult child would not want to leave such a utopian existence.

In a society where winners are worshipped, and losers are reviled it is no wonder that our youth live in fear of failing. If you make no decisions, and take no chances, it lessons the odds of failing. Unfortunately, in life, you can't win if you don't play! Confidence comes from knowing who you are and what you value. Advertisers have our youth believing that if they do not drive the right car, wear the right clothes, or drink the right beer they are a failure. Peer orientation has teenagers looking to other teenagers to help define what matters most. Parents must set the tone for what is valued within a family dynamic long before an adult child needs to be independent. Many young adults make a career choice without thinking it through or having proper guidance. They then beat themselves up emotionally when they flunk out of college or other career training programs. Having failed once, they lack the courage or persistence to try again. By its nature the developmental stage known as youth is a time for making mistakes, exploring oneself, and indeed sometimes failing at things.

Generation Y, has grown up with the attitude that everyone deserves a "trophy" just for being a part of a team. The idea of failing at anything is out of their scope of personal reference. The boom generation parented under the assumption that allowing "Johnny to fail" would hurt his self-confidence. What we as a society are experiencing is a generation that doesn't know how to fail, and more importantly recover from failure!

Adult children who remain at home actually want to be "in charge" of their lives. Recognizing the stakes are high and there's no compensatory prize, they are literally as afraid to fail as they would be if pursued by tiger. According to a survey in Economist magazine the "three characteristics that make up millennials' attitudes include: their demands to be treated meritocratically, their appetite for responsibility, and their unwillingness to hang around if they do not get what they want." The last attitude in the survey is key to understanding why adult children stay at home. If an adult child is getting "everything that they want" by remaining at home, and without chance of failure, why should they want to move at all?

This crisis in confidence, in part, stems from the influence of the boom generation's parenting style. Many have told their offspring that all things are possible. I call this the "Disney, when you wish upon a star syndrome." The truth is that you can aspire to be anything that you want, but the reality is that powerful connections, luck, timing and to hard work is what can turn some dreams a reality. I often use Mika Brzezinski, co-host of MSNBC's Morning Joe as an example of what I am talking about when speaking to parents. Mika is no doubt a very intelligent woman, but I speculate that it was her father, Zbigniew Brzezinski, who was the National Security Director to President Jimmy Carter and his powerful connections that helped to land her job at MSNBC.

Controlling parents lead to not so self-confident children. Disabling adult children because you want them to take care of you in your later years is a selfish act on the part of a parent. It breeds discontent and resentment—it's just not a good retirement strategy.

In families where there is a "family business" and the expectation is that a daughter or a son will one day take over the family business, parents need to be careful that they do not close off other opportunities for the child to explore for their own career. Requiring a young adult to choose the business as their vocation, regardless of interest, is a means of asserting control that will ultimately breed lethargy in an adult child.

One of the ironic complaints that I hear from parents of adult children living at home is that they do not want their children moving out of the same geographic area. If the average person in the U.S. will have eleven jobs in a lifetime, it stands to reason that the opportunities for those jobs may not always be in a nearby zip code. Not allowing an adult child to move for opportunity is selfish, controlling behavior on the part of the parent.

Failure of adult children to leave a parental home can happen for many different reasons. These three energetic patterns for why the adult child remains living at home can overlap and certainly be influenced by other psychological, economic, and cultural factors. It is important to keep an open dialogue with your adult child or children to better understand why she or he is not moving on with their life. If there is resistance to talking with your adult child, I recommend that you as a family seek out all possible sources of support , emotional, financial and energetic, for helping your child get unstuck from emerging adulthood and move on with a life of their own."

A clairaudient Medium and advanced Tarot reader for more than 30 years, Karen Hollis uses her intuitive and mediumship abilities to help you acquire wisdom from the soul lessons you are here to learn. With guidance from Spirit, Karen can help you understand the patterns and choices that have brought you where you are in life, and see what can set you, and your loved ones, on a path toward healing and a more fulfilling life. Her readings are highly regarded for their accuracy, integrity and compassion.

Karen has been featured on Discovery Channel's "A Haunting," and "Paranormal Survivor." As the lead psychic/medium investigator with Ghosts of New England Research Society (G.O.N.E.R.S.), Karen is "the bridge between evidence and explanation."